If you are anything like me, it is a bit of a struggle to get up and out of bed in the mornings. But nothing will make me shake off the covers faster than the thought of a piping hot pile of fluffy and buttery waffles with my favorite toppings. If you just so happen to be a waffle fan like myself, I’m sure you will agree.

What gives waffles that special charm? What makes them oh so appetizing in the mornings, or in the evening as a dessert? I think it must be to do with how versatile they are. Not only can waffles been enjoyed with sweet sticky toppings such as chocolate fudge or caramel syrup, but they are also to die for when topped with different fruits such as blueberries, diced strawberries and bananas.

Recently, I’ve been trying out a few wacky waffle combinations and wondering what’s the difference between a Belgian waffle and a regular waffle?

You should definitely give the following recipes a stab

Waffles with a layer of fluffy whipped cream nestled under a bed of fresh blueberries, raspberries, and blackberries cut into halves. Top it all with some powdered sugar you have really got a sweet tooth. Waffles with maple smoked bacon, fried eggs, slices of your favorite grilled sausage and just a smidgen of butter.

Many people are unaware that there is a difference between a Belgian waffle vs regular waffle. In fact, changing the type of waffle you make can have a great impact on the taste of them. That is why this article has been lovingly prepared for you my fellow waffle enthusiast, to help you expand your waffle horizons.

Looking for a great Belgian waffle maker that will really help you to get the job done? Look no further as here is my favorite.

Rotating design helps to spread the batter evenly across the grids making it cook better resulting in fluffier and crispier waffles.

Vertical storage position means it can be tucked into any old nook and cranny in the kitchen.

Countdown timer means that you can simply pour in the batter and not have to worry about your waffles burning, just remove them when the timer hits 0 for the perfect waffles every time.

Non stick surface means that they will not burn and the waffle maker is easier to clean.

Bit of a fan of the original waffle taste? Not a problem, here is one of my favorite standard waffle makers.

Not only does it make waffles, but this grill also works as a contact grill, waffle maker, panini press, full grill, full griddle, half grill or half griddle.

It comes with some handy equipment, a spatula and soft cleaning brush that will help you to keep the grill in tip-top condition, protecting the nonstick coating from damage.

It also comes with access to the Yedi Houseware Appliances Website and App so that you can get ideas for the latest recipes.

As I just noted, different waffles have different tastes and if you are getting a little fed up of the same old waffle batter, it is time to shake things up a little bit!

Regular waffles are really great for smothering in butter or a little chocolate sauce or maple syrup. They are a real family favorite as they are so quick to whip together and can easily be turned into a savory snack. Try placing ham and cheese and spreading butter on the inside of some regular waffles and then placing two halves together to make the best waffle sandwich. The thinner size of regular waffles make these tastier and easier to eat.

Belgian waffles are a fantastic treat for dessert. The pockets in the waffles are much deeper in comparison to a regular waffle meaning that they can hold more sauce, ice cream and whatever topping you want to put on them. As they are thicker, they are usually crispier but lighter on the inside than regular waffles.

I love both Belgian and standard waffles, but there is something about a Belgian waffle that gives it that extra special fluffy taste that I really love. If you haven’t tried out one of these waffle styles, give them both a go and then pick your winner!

But how did we get to where we are today? Who was the absolute genius that invented what we know as the modern day Belgian waffle and composed the difference between a standard waffle and a Belgian waffle?

Belgian waffles haven’t been around for that long at all as they originated at the Brussels World Fair Expo in 1958 but didn’t make it to the United States until 1962, kindly introduced to us by Maurice Vermersch, a real legend in my eyes. They first appeared in the United States at the Century 21 Expo under the name of Bel-Gem waffles. Not long after through, the name Belgian waffle was adopted and variations of the Belgian waffle were made and they have become more and more popular ever since.

So that has got Belgian waffles covered, but what about regular waffles? You may be surprised to know that regular waffles, however, have been around a lot longer than their Belgian counterpart.

Regular waffles have been traced back to medieval times, when the basic ingredients, eggs, flour, milk etc were mixed together and placed between two hot irons to cook, irons that were not quite as fancy looking as our modern day waffle maker but that I’m sure made the waffles equally tasty.

However, it took until the late fourteenth century for the first waffle recipe to be penned and ever since, variations on the ratio of milk to flour and eggs have been incorporated into thousands of cookbooks all over the globe.

What is a Belgian style waffle?

Belgian waffles are a variety of waffle with a lighter batter, larger squares, and deeper pockets than ordinary waffles.

Why are flip waffle makers better?

There are some waffle irons that flip in order to evenly spread the batter. This is important as you can use less batter to get a thick, complete waffle.

Do you need to clean a waffle iron?

Yes, it is very important to clean the waffle maker everytime after use.

My recommendation to you is to try both waffle recipes and see which one you like the best. Both regular and Belgian waffles have distinct tastes, so pick your favorite, make a stack and pile them high with the tastiest toppings! 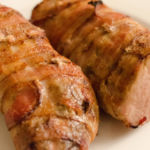 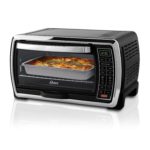 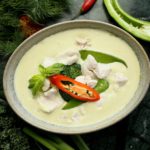